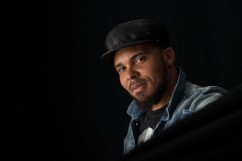 1.  Dancing doesn’t have a language.

2.  The energy Major Lazer presents on stage is guided by sound system sessions of years ago.

3.  If there’s anything that would unite the world, it would be music.

5.  Notting Hill is a very different carnival from anywhere else. This is an international city, so it represents everybody. You walk around every corner here, you’ll hear something new. It’s awesome.

6.  Junior Blender is a hardcore dancehall head. He’s in Supersonic, which is one of the top soundclash sound-systems in Europe.

7.  Here’s the key to Jamaica, the secret to Jamaican dancehall parties, no matter where you are in the world. If you do not see Japanese people, you’re at the wrong party. They source authenticity like no other culture I’ve ever seen.

8.  I’m from Miami, and Diplo is from Fort Lauderdale. We grew up with a lot of Cuban and Haitian friends.

9.  We like to be the people who go – can go out into the world and say we’re the people seeking places that need bridges built and need the kind of energy that we bring, and then actively doing the show. We will pay for it ourselves. We just want to bring the kind of enjoyment that we know we can bring.

10. I have a saying: I try to make the world smaller by making the party bigger.

11. Nowadays, people have an open mind vis-a-vis new artists like Meghan Trainor, Nico & Vinz, Hozier – there are hits coming out of everywhere.

12. We’re doing unusual records that sound big, have a pop feel, and we’re getting better at it.

13. The sound system influence is undeniable in hip-hop, in jungle, drum and bass, now EDM.

14. We won’t be in any reggae publications or websites.