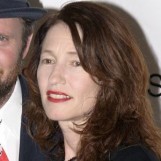 3.  Comedy writing is the hardest, and yet there’s so much that’s relatable in it.

5.  I don’t watch ‘MTV’. Our sons watch ‘Jersey Shore’ sometimes. I walk through the room, and I get disgusted, and I leave, and I give them a hard time about it.

7.  Our marriage has survived because we do things we love.

8.  When you study a character, when you’re making a film, you want to understand the character: like, what makes them tick?

9.  We were alive during the ‘Battle of the Sexes’, but that story hadn’t really been told.

10. ‘Ruby Sparks’ has been sold like a romcom in the States. But we never saw it like that.

11. I like being able to talk about work while we’re making dinner. I’d rather discuss it at that moment while it’s fresh.

12. The American dream tells you that you’ll have success if you work hard enough, and we have some concerns about that fallacy. Hopefully, the characters in our films learn to redefine success.

13. I love small films, and I love films being seen in a theater. I love film, and unfortunately, that’s being phased out.

14. If we don’t have the actors, or you get the sense that some of the other people involved in making the movie don’t necessarily see the movie the way you see it – all those elements, for us, we like having those things feel like they’re moving in the same direction.

15. We had a couple of films that, in the course of working on them, the budget shrank to the point where we couldn’t make it. They literally ran the numbers: They took our numbers and the stars’ numbers, and when they calculated whether we could make our money back or not, it said no.