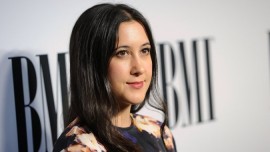 1.  And it’s sad because it’s like a surprise to people – almost an anomaly – when artists are actually refined and trained on an instrument. That’s the last thing people think about.

2.  Food can become such a point of anxiety – not because it’s food, but just because you have anxiety. That’s how eating disorders develop.

3.  I have gone from being a 21-year-old with wide eyes to a 24-year-old woman. With success comes a lot of responsibility and power.

4.  The music industry is so easy compared to the ballet world.

5.  A lot of people give in to those pressures and let others influence the process on their second albums because they want to achieve the success they had with their first again, but they don’t know how to do it.

6.  But my mom was a pianist, and she taught piano out of her house. I was just so excited, being a little kid and having all these other kids come to my house twice a week. I thought it was a big party.

7.  But now – look, I have to take care of myself. I work out every day. I’m a dancer. I’ve always been an athlete, and I’m one of those people who start to go crazy if they don’t run or do something.

8.  But the approach to recording this album was kind of an organized, chaotic approach where I wanted to maintain and preserve that wild abandon to creating.

9.  But when you hear the complete album, it gets dark, really straight-up rock, with some really intimate moments with just me and the piano. It’s not completely me because there are parts of me that aren’t on that song, that are on the album.

10. Every single note on this album is there for a reason.

11. My songs are a direct route into my brain and my heart.

12. I am not this big celebrity, but it gets really crazy. You have to go through the nuts of blowing up, in a sense, and then figuring out how to live your life with that.

13. I did not stop dancing; I did take two years off to get myself together.

14. I don’t put boundaries on myself when I sit at the piano.

15. If Mozart were around now he would write a killer rock song.