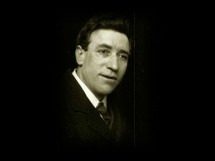 1.  It was the rainbow gave thee birth, and left thee all her lovely hues.

2.  What is this life if, full of care, we have no time to stand and stare?

3.  There is quite a large clan of Scotties among American beggars. He is a good beggar for the simple reason that he is a good talker. Almost every Scotch beggar I met in the States of America was inclined to be talkative, and yet they all managed to conceal their private affairs.

4.  It was a proof of Welsh good nature: so long as I had a friend that knew and could introduce me, the whole Welsh people would do anything to entertain, and would even neglect their business to do so. But as a stranger in Wales, it is difficult to break through their suspicion and mistrust.

5.  The more help a person has in his garden, the less it belongs to him.

6.  Teetotallers lack the sympathy and generosity of men that drink.

8.  My own wandering blood comes from my seafaring grandfather, who, after he had left the sea and settled on shore, still governed his house by a ship’s rules.

9.  Cockneys make good beggars. They are held in high esteem by the fraternity in America. Their resource, originality and invention, and a never-faltering tongue enable them to often attain their ends where others fail, and they succeed where the natives starve.

10. My impression of Americans from the beginning is of the best, and I have never since had cause to alter my mind. They are a kind, sympathetic race of people and naturally proud of their country.

11. But cats to me are strange, so strange I cannot sleep if one is near.

12. We were determined to be in the fashion, and to visit the various delightful watering places on Long Island Sound. Of course, it would be necessary to combine business with pleasure and pursue our calling as beggars.

13. It has always been a wonder to me where my conversational power has gone: at the present time, I cannot impress the most ordinary men.

14. It is not altogether shyness that now makes me unsuccessful in company. Sometimes it is a state of mind that is three parts meditation, that will not free the thoughts until their attendant trains are prepared to follow them.

15. Summer boarders often left clothes behind, and of what use were they to the landladies, for no rag-and-bone man ever called at their houses. The truth of the matter was that in less than a week I was well dressed from head to foot, all of these things being voluntary offerings, when in quest of eatables.