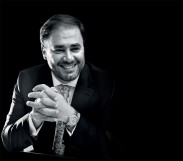 1.  The Arab spring was not as radical as the French or Iranian revolutions. It did not pull out the deeply entrenched roots of the state. Instead, it was satisfied to replace the top of the pyramid with newly elected, but inexperienced, leaders.

2.  When an international news organization covers a story in Somalia, Yemen, Sudan or wherever, they will fly a crew to go there, spend a few days, interact with some officials and analysts, most of the time English-speaking elite, and file the story and go home.

3.  For me, Islam is a moral reference point, a source of inspiration to work collectively with people, to love people and to help them, to concentrate on universal values of mercy, co-operation and tolerance.

6.  The international media concentrates on the famous, the big names. Al Jazeera goes to the margins, investigates stories that are still developing and in the future become very big. Why did the Arabic world love Al Jazeera? Everybody felt he was represented in the newsroom and on the screen. That kind of belonging is ours.

7.  The stability and security of authoritarian regimes cannot create but terrorism and violence and destruction. Let us accept the choice of the people. Let us not pick and choose who we would like to rule their future.

9.  The best people to provide valuable information about any society are the children of that society who belong to its culture and are part of its collective conscience.

10. At Al Jazeera, we are getting our local Somalis, Yemenis and Sudanese, local correspondents from within the society, who understand much better than the people who come from overseas. We will get a much better insight.

11. Some people call it the ‘Al Jazeera spirit’ – courage, re-thinking authority, giving a voice to the voiceless. We have never been favored by the authority. The human being is the center of our editorial policy. We are not a TV station that rushes after stars, big names, press conferences, hand-shake journalism.

12. Al Jazeera is not a tool of revolution. We do not create revolutions. However, when something of that magnitude happens, we are at the center of the coverage.

13. The Arab spring that began in 2010 was driven by the educated youth who were connected to the outside world. They had visions of liberal politics derived from social networks. They used innovative means to spread awareness and to network among activists.

14. The Arab spring confirmed that peaceful change is possible and so reinforced the vision of political Islam. The impact of this went beyond the Brotherhood to include the Salafist tendency in Tunisia, Egypt, Yemen and Libya that had questioned the democratic path.

15. At times, some journalists see nothing in the people apart from an opportunity to make material gain. They see them as consumers to whom we sell commodities at huge profits that keep our bank accounts growing.