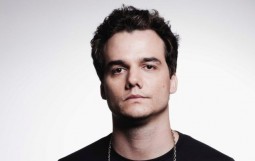 1.  Colombians are sick of ‘Narcos’ stories because Colombia is a country that has changed so much. It’s a country that’s completely different from the country that we see in ‘Narcos.’ They reconstructed themselves in 25 years, which is amazing.

2.  The emotions you see when you watch ‘Narcos,’ they’re pretty much my emotions and the way I would react if I were there. It’s not something you create; all of us have everything inside ourselves.

3.  I try to be a good father, and my kids are the most important thing in my life.

5.  After reading and studying and getting in touch with the amount of information that I had while I was researching to play Pablo, it just reinforced the idea that I had that the war on drugs is a big flop.

6.  One of the things that I like about ‘Narcos’ is that not only Pablo but with all the characters – this is not a black and white show. This is not a regular American cop show where two cool cops go to save a country from a bad guy. All the characters are very complex.

7.  ‘Narcos’ was a very strong experience, not only artistically and politically, but as a human being.

8.  The heroes of ‘Narcos’ are the Colombian people who fought and decided to do something about the horrible narco-terrorism that took place in their country back in the ’80s.

9.  If you want to see the real Pablo Escobar, go see a documentary.

10. We’ll always be fascinated by people who live above the law.

13. I believe that modern slavery is the most outrageous assault on the rights of an individual. It is something that touches me deeply because I grew up in rural Brazil and could see first-hand how poverty forced people to work in harsh, exploitative conditions.

14. One of the things I like best about Netflix is that they make projects like ‘Beasts of No Nation.’ It’s a film about a reality in an African country where kids were being used to be soldiers in a war. And it made so much sense to me as a citizen of the world.

15. Doing ‘Narcos’ is a very, very important part of my life. I dedicated so much of my life to it.