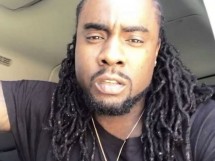 1.  The ability to make somebody feel something: that’s art. However you look at it, whether you’re an author, a painter, a singer, a rapper, a spoken-word artist – art.

2.  I dated a lot, but I never really had anyone who was worthy of an anniversary. And most girlfriends never made it to a year, anyway.

3.  Not to sound corny, but intelligence is big. Everything fades, and everything can be modified. But intelligence is something you can’t fake. I’m not even talking about whether you can read a thesaurus backwards. But there is a beauty in common sense.

4.  However, people need to understand that it ain’t that deep to try and convince people of what your persona is. You are who you are, and what you are will show in time. What you aren’t can be hidden, but eventually it will come to light. Long story short: rappers should never take themselves too seriously.

5.  The first thing that’s important is to really have people believe in you. If you have that, you can do anything.

6.  I don’t wanna sound pretentious talking about myself.

7.  My job is to inspire the people, to be on top of my game and push my culture forward.

8.  I dated all these girls and ended up not liking them and thought to myself, ‘What was it that all of them had in common?’ They had too much time on their hands. Even though they were pretty, they lacked something. A woman could be less attractive but with ambition and drive, that’s the most beautiful thing.

12. There’s no way you can win when you’re the president; you’ve got to be the scapegoat for America’s issues.

13. I’m learning as I go. I don’t know everything. I never had anybody to look at, nobody ever taught me, and where I’m from I didn’t have any famous role models.

14. There are certain things that can be asked that get me excited. It’s never a thing where I think I’m too good, I’m just the type of person who likes to be enlightened. I don’t like to go through the motions.