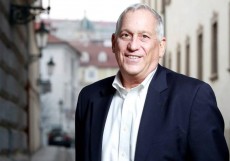 1.  Smart people are a dime a dozen. What matters is the ability to think different… to think out of the box.

2.  I think one problem we’ve had is that people who are smart and creative and innovative as engineers went into financial engineering.

3.  One of the great pressures we’re facing in journalism now is it’s a lot cheaper to hire thumb suckers and pundits and have talk shows on the air than actually have bureaus and reporters.

4.  I do think it’s important, if you’re going to be very creative, to be a seeker.

5.  When there are multiple versions of a story, you really have three ways to go. You can pick the most sensational version. You can try to balance things in your gut to get to what you think is the honest truth. Or you can err on the side of kindness.

6.  Steve Jobs was never going to let Flash on any Apple product again like that after in 1997 – he’s got a long memory – they said no and Bill Gates said yes.

7.  Especially right after 9/11. Especially when the war in Afghanistan is going on. There was a real sense that you don’t get that critical of a government that’s leading us in war time.

8.  When you write biographies, whether it’s about Ben Franklin or Einstein, you discover something amazing: They are human.

9.  Yeah, I think that his great creation was not any one product but a company in which creativity was connected to great engineering. And that will survive at least while the current people who trained under Steve are there.

10. For some people, miracles serve as evidence of God’s existence.

11. I think it’s very important to have a sense of balance in covering the war, but you don’t have to be morally neutral about terrorism.

12. Just being the seeker, somebody whose open to spiritual enlightenment, is in itself the important thing and it’s the reward for being a seeker in this world.

13. More generally, I made an effort to leave out things that weren’t relevant to the main narrative themes of the book, namely that there were two sides to Steve Jobs: the romantic, poetic, countercultural rebel on one side, and the serious businessperson on the other.

14. But the point is to get a whole new generation of people and people in general more re-engaged in news, and this has happened a lot since September 11th of course.

15. I think that we shouldn’t be fixated all the time on the ups and downs of the weekly ratings, of the quarter-hour ratings.