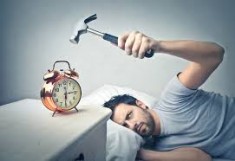 Are you sure of your security in your 9 to 5?

Picture a newly-minted MBA – a finance specialist who earns more than $120,000 per year, working just over 50 hours a week. Not a bad gig, right? Except he’s not working on Wall Street (where he’d be putting in far longer hours) or at a Fortune 500 company. Instead, he was Jacob Morgan’s Uber driver on a recent San Francisco trip. Morgan, the author of The Future of Work: Attract New Talent, Build Better Leaders, and Create a Competitive Organization, is bullish on the possibilities the new economy affords. “What kind of job is going to pay you that much money with or without a college degree?” he asks. “It takes many years for most people to get anywhere near that amount. Plenty of people are able to make a comfortable and more than ‘living’ wage through alternative means where they don’t have to rely on a company to provide them with their regular income.”

These days, he says, “Job security is a complete myth, as is long-term employment. Companies lay off employees in droves…by the thousands! They just make sweeping cuts when they need to. The average employee tenure is under five years and for millennials it’s under three years.” But that’s not necessarily a bad thing. He differentiates between job security at one company, which is gone, and job stability, which is the ability to make a living in your field through various means – and thanks to the rise of the freelance economy, that’s well within reach.

“The ability to become an entrepreneur has never been easier,” he says. “People are starting their own driving businesses with Uber, raising money with sites like Kickstarter, selling their own products on sites like Etsy, and offering services on Elance-Odesk. The ability to learn anything you want and build an offering around it has never been easier, and the demand never greater… I think the freelancer economy has started, but is nowhere near where it will be in 5 years.”

The secret to thriving in the future, he says, is “‘learning to learn.’ What you ‘know’ doesn’t matter nearly as much as your ability to learn new things and apply those learnings to new scenarios and environments.”

It’s not just individuals who can thrive in the new world of work, however. Savvy companies can reinvent themselves in exciting ways. Morgan cites the example of Whirlpool WHR -0.82% and “their ‘Winning Workplace’ program, which seeks to make every single employee a type of leader within the organization, while empowering everyone and anyone to contribute ideas and shape the company.” He also lauds GE, “because they recognize that how innovation happens needs to change” and has adopted cutting-edge tactics, as well as smaller companies such as Sun Hydraulics and Valve, which “are also transforming what it means to lead by completely abandoning the concept of ‘managers’ in favor of completely employee-driven organizations.” No one approach will work for every company, he notes. “The key is simply to challenge convention.”

That’s important because “people just assume that the way they work or run their companies today is the best or most effective approach, simply because they have been doing it for so long. Do annual employee reviews really make the most sense? Should employees really have to commute to work each day and sit in a cubicle?” Those notions, which are often untested and may be antiquated, could be holding back the company’s success. “They assume that they can be ‘late adopters’ and just watch what others are doing,” says Morgan. “But the reality is that in today’s world, ‘later adopter’ means ‘out of business.’”S